10 Songs to Change Up Your Cycling Playlist 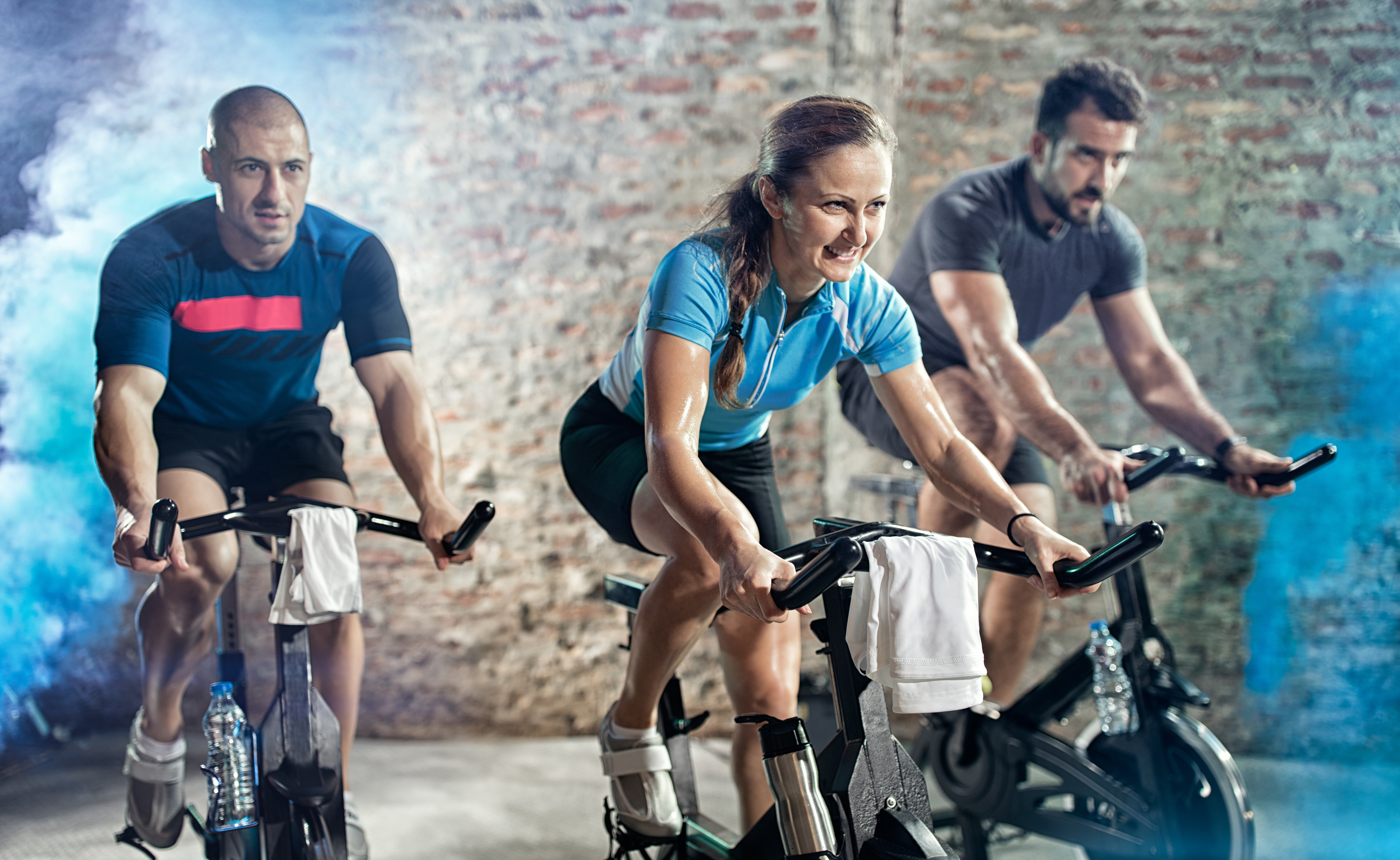 If you’ve ever been to a spin class, you know that the playlist is instrumental (no pun intended) to the experience. I’ve been a cycling instructor for over 10 years and have always considered the flywheel as a medium to interpret music through body and mind. With a running background (marathons) that transitioned to triathlon (3X Ironman), music was a tool I relied on to help me get into my head and dig deep for meaning in every mile. I’ve never been one to “tune out” during long runs or rides, preferring instead to find my flow state against a backdrop of rhythm and sound that empowered me to access the rawest emotion and hunger I could summon during my athletic efforts.

In short, music has helped me tap into the mental aspects of training in a powerful way.

I’ve had success bringing that spirit into my classes—encouraging people to get inside their heads and find the kind of spirituality that can only exist when you triangulate the cinema of music, the power of pushing physical limits and the focus of measured breathing. Think of it as a mashup between a therapy session, an awesome movie, and a HIIT class.

In order to do this, I like to use longer tracks that allow me to help participants build to these insightful moments. When it’s done correctly, they will feel the rush of a 30-second interval over the course of a 5+ minute consistent push. I call these efforts “tempo rides” (athlete parlance for flirting with the border of the comfort zone, but not going all the way into a max effort). There are many classes where people can get off the bike after 50 minutes and tell you that you made them sweat and kicked their ass. My goal is to hear people say they found a new side of themselves and felt something shift from within. I’m lucky to have heard that compliment many times over the course of my career in coaching and teaching—and I couldn’t have done that without some seriously awesome records.

Below are a few of my absolute favorite go-to songs, which I’ve always been reluctant to share (like a magician, I don’t like to give away my secrets), but it’s time to put these gems in the hands (or pedals) of others. With the exception of a few tracks, I’ve chosen songs over 5 minutes. If you listen to the longer tracks, you’ll find some obvious moments where you can build your story (the layering of sounds, the ebb, and flow of the music, etc.). Other tracks might seem “out of place” for a spin class where the perception is “balls to the wall” pop hits designed to max out heart rates and increase the sweat factor. I use these quieter, unexpected tracks toward the end of my playlists when people THINK they need a big bass, crazy track to get through it, but instead I leverage their exhausted and raw state and use that as an opportunity to open the mind while the body keeps working. By making the music more subdued, we can “quiet” the physical body and turn up the spiritual aspects of the workout.

Have a listen and see how the music might inspire your next workout. I remind my classes often that a good workout should have shades of gray—it’s not black and white. Don’t approach your workout as being either “all-out” or “recovery.” It’s the stuff in between those moments that’s really great, and longer tracks can help you deliver that experience (or find it for yourself if you’re using these tracks on a run or solo workout). Without further ado, here are the goods from longest to shortest, with a few notes on my interpretation of the music.

I’ve always coached this track as two long intervals, where the piano in the beginning is the seed planted to grow into a massive effort around minute 4. For me, it’s about coming out of darkness and fear and landing in a place of certainty and purpose.

It’s impossible not to find a new “limit” in this track, where every minute seems to bring in another sound or riff to play on. I like to encourage people to think of each “build” (an increase in tension while keeping the beat), as another reason they’re committed to their fitness—another reason “why” they’re here.

I refer to this song as the “everything AND the kitchen sink” because I hit every tension setting and every speed at some point in the song. There’s so much texture in the sound and it’s hard not to get swept up in the momentum as it builds.

This song has always felt like a “cruise control/in your zone” track. Nothing crazy to coach, just setting up a consistent pace that barely creeps out of the aerobic zone and lets your mind go where it may. Many people can’t spend one minute in their own head, let alone 7. This song has a nice vibe for helping people get there.

There’s a straight-up gansta feel on this one. You either show up or shut up here. Find that beat on an easy tension, then see how far you can take quarter-turn increases until you say “uncle.” It’s like an arm-wrestling match against yourself, with your legs.

Great track with some good material you can (literally) steal from the lyrics. Anyone who cycles outside knows about navigating the pavement cracks—and isn’t that just a metaphor for life?

I used this song in my mental skills training workshops when I used to coach triathletes. This song can give you all the feels while you’re sitting in chair with your eyes closed, imagining your goal and the short term steps to achieve them (I narrated my athletes through a triathlon, while sitting in a conference room, and at the end there were tears). If it can happen in a chair, imagine what happens when you put that on a bike? Boom.

I challenge you to Google this one on YouTube and watch the finale of the HBO series, “Six Feet Under,” then try to ride or run to this without some kind of emotion.

Here’s one of those songs that when you listen, you’ll think, “How does this possibly motivate anyone in a physical way?” Think of lust. It’s quiet, subtle and eventually powerful. Now go put that on a bike.

I Want To Know What Love Is (Piper Radio Edit)
Wynonna
4:05

Because don’t we all want to know what love is? Love is hammering your pace to this song and leaving caution in the wind. (But seriously, this offers SUCH a variety of beats to choose from—you can do it fast or slow and still find yourself in the music).

Want to try a cycling class with Lisa?