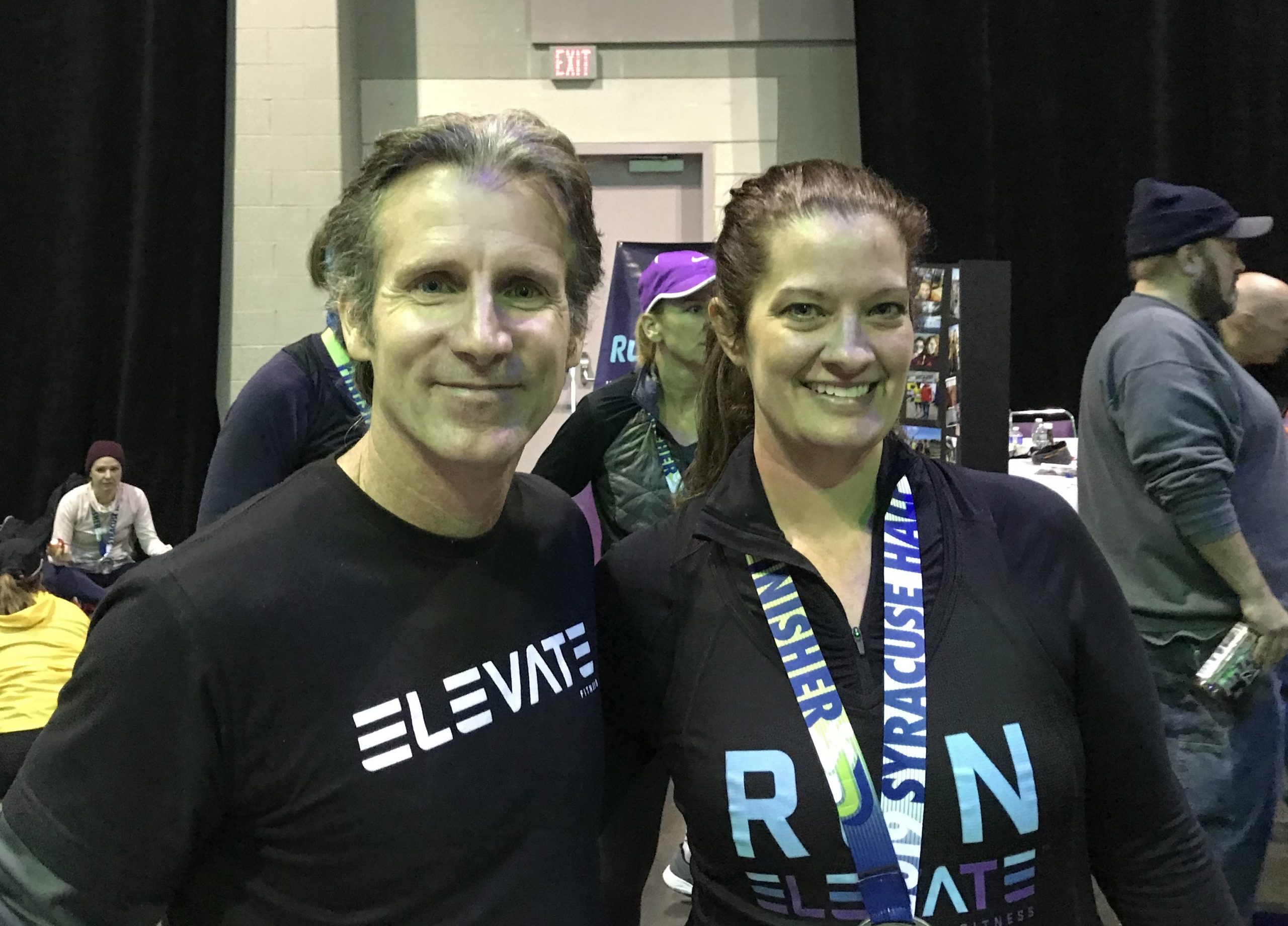 I am a runner; I am very proud of that fact.

Yet for the first year or so after I started running, I didn’t consider myself to be a runner. Why? I doubted myself and my own ability to keep up with it. I was never athletic at all growing up, so pushing my body to the limits—like we all do when running—was a foreign thing for me. Sure, I went to the gym a few times a week to use the elliptical and do some weights, but I never trained to the level that I am right now. (And I still feel like I hardly train at all compared to some of you guys; you all inspire me!)

Four years ago I was at a crossroads where I knew that I needed to do something about my weight and overall health. It was about a year after my mother had passed away after a long battle with cancer, and I didn’t want to go down the same pathway of unhealthy living on non-activity that was partially responsible for her poor health.

My kids were both runners and competed in cross country and track for years. I never missed a race, and I saw the positive impact of running in their lives, both physically, emotionally, and socially. The running community was so friendly and supportive, not political and competitive as it can be with other sports. So whenever I pictured myself healthy in my mind, I always saw myself running. Except there was one problem: I had never run like that before. At the time, I had developed plantar fasciitis and was undergoing physical therapy to get rid of it. That’s when I made my decision to start running, in spite of my PT’s suggestion that I wait.

So I started to run.

I ran for three years on my own before my family joined Elevate Fitness this past February, and I realized that I had access to not only an established running club but an amazing coach with a lot of clout behind his name. So I emailed Kevin, and he met with me—just like he’d done with many of you—and encouraged me to give it a try. And I am SO GLAD that I did!

These things I am about to share are certainly nothing new; in fact, you’ve probably heard them hundreds of times during speed workouts and group runs. You know, during those sixty-second recovery times between intervals when Kevin is talking while we are all dying, trying to catch our breath, or when he is running next to you on a long run while sharing is stories and wisdom. My hope is that maybe my perspective might help you see something in a new light, or if there is an area you’re slacking on, it will help give you the motivation to get going again.

Consistency is Key
You don’t have to be around Kevin very long before the word consistency comes up, right? I would have to say that Kevin is the king of consistency when it comes to running. He will drill it in your head if you listen long enough!

No matter what issue has arisen over the last several months of running, I can look back at my running log and normally pinpoint a reason why I am having the pain—and it always has to do with how inconsistent my running had been.

When I first started running with Elevate it was February. So the bulk of my running—when I did run—was on the treadmill. I wanted to run outside when it was cold but just thought it was impossible. There’s ice and snow! I would get hurt, right? I was so shocked when I first went to that Monday night speed workout to find out that no matter what the weather, there are some crazy runners always out there.

One thing that Kevin says a lot when it comes to consistency is that if you are having pain, don’t blame the running, blame the non-running. You can also blame the inconsistencies you find. When my shins started hurting a lot I looked back to realize that I had skipped a few days, then tried to make up for it with a few 45-minute base runs, which was far beyond my normal base run time. Our running has to be consistent if we want to build up our training.

Okay so maybe Kevin hasn’t said that exact phrase, but he is always encouraging his runners that you have to have all of these in your weekly running schedule in order to grow and develop your running abilities. I have found this to be very true.

When I first started running, I didn’t know how to train for it—at all! I thought that for others to consider you to be a runner, you had to always run as fast as you could or you were just “jogging.” So I would run as fast as I could until I had to stop because I couldn’t breathe (which for me was about a fourth of a mile). I would just do that over and over. I honestly had a better pace back then than I do now, but I wasn’t training right. It was all speed work for every run. Looking back, I am surprised I didn’t get injured, to the honest!

I recently ran my first half-marathon at the Syracuse Half. Just at the beginning of the year it seemed like a far-off goal to one day be able to run a half, but training under Kevin and with the group really encouraged me that it wasn’t some faraway pipe dream—it really could be a reality, and much sooner than I anticipated. If it had not been for base runs, speed work, and long runs, I would never have been able to accomplish it.

We are Better Together!

How many of you know that doing a long run alone isn’t much fun? Can I see a show of hands? Yup, that’s what I thought—everybody! Running is HARD. So it is much more bearable when you have other people to do it with. Like I mentioned before, for the first three years after I started running, I didn’t have anyone to run with. I really wanted to run with somebody, but the few people I knew who ran didn’t have the same schedule as I did, or were not able to go to Green Lakes (where I always ran for three years, road running was new to me this year). I’m so glad to be part of a group where there are many opportunities every week to run with other people. I have enjoyed getting to know everyone that I have run with!

When I talk with other runners at groups, I have noticed something. There are times when someone will say they haven’t been consistent with their running, and they almost always mention that they haven’t been to group runs in a long time either. If you put two and two together, running with other people keeps you accountable, it helps you maintain more consistency and the connections that you have with other people in the group keep you coming back. So if you have found yourself straying away from group runs and also have found yourself skipping running days, make the effort to get to group runs each week, you won’t regret it!

I do understand that life happens and sometimes it can’t be helped. I’ve been there too, and have had to miss a few group runs. But I know that I need to get back out there as soon as I can because it becomes to easy to keep on missing runs when you start making excuses. That happened to me last year, and for months I ended up only running maybe once a week because I found every excuse for why I couldn’t do it. I know for a fact that if I had been part of a running club at that point, it would never have gotten that far.

Another reason we are better together is because of the inspiration that it gives to see what other people are accomplishing in running and fitness. I am constantly amazed by all of you! I know I wouldn’t have been able to do a half-marathon had it not been for the encouragement and support from so many of you who believed in me and told me that I could do it. I see you all doing such amazing races and competitions, and losing weight, and all of the stories I hear are what helps me to keep plugging away with base runs and keeps me coming back to group runs. We truly are better together!

I hope that hearing these things from my perspective and knowing some of my background has helped you. If anything, it’s another reminder of what we hear all the time from our amazing coach, Kevin Collins. Maybe we haven’t had the chance to meet or run together yet, but you can be sure that you’ll see my face pop up in a few pictures every week as Kevin posts them. Happy running everyone!