Developing The Missing Link – Your Mindset

Do you want to be successful? Great. What does success even mean to you? That should be your first step in starting from within because the definition of success varies from individual to individual.

So ask yourself, what does success mean to you? And go from there.

Okay hold up, where should we go from there?

Well… within! We’re talking about the mindset here, friend.

While we’d all like to point to our unique skillsets and natural talents as the reason for our success, the truth is that much of it has to do with our mindset.

If we believe that we can achieve something, we’re more likely to put in the work necessary to make it happen, to develop all the skills, etc.

So let’s have a deeper look into the success mindset and how you can develop it! 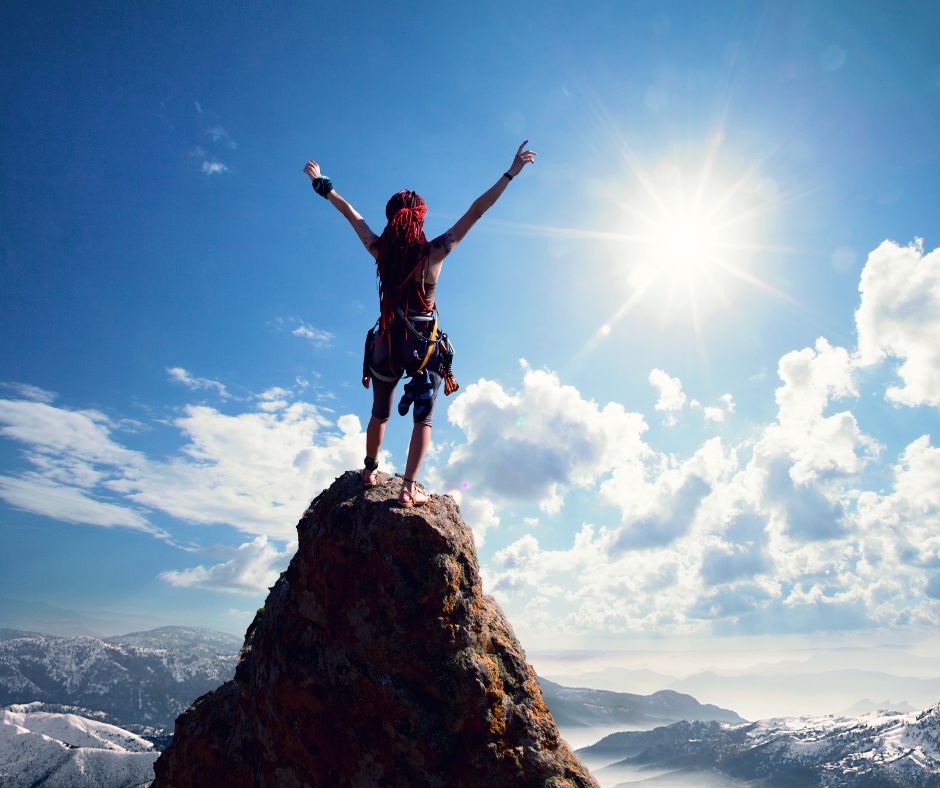 Why do we do the things we do? Why are we drawn to certain people or places? Why do we have the same arguments with our partners or friends?

It might be because we’re acting on subconscious patterns that have been programmed into us from a young age, and throughout life via the things that we do.

Just like a computer, we have a set of operating instructions that dictate how we interact with the world around us.

In fact, up to 95% of the things we think and do, are entirely automatic programs in the subconscious parts of our brains.

And, just like a computer, sometimes those programs need to be updated or changed completely.

The good news is that, unlike a computer, we have the power to change our own programming.

All it takes is a little self-awareness and some effort to break out of our old patterns.

But before we talk about how this can be done, and how you can work on developing the success mindset, let’s talk about something even more important.

We all have it. That little voice in the back of our heads that tells us we’re not good enough, that we can’t do it, that we’ll never be successful.

Well, those are referred to as our “limiting beliefs” that hold us back from fulfilling our greatest potential.

In fact, a greater portion of becoming successful is about identifying and changing limiting beliefs.

Only then can you start cultivating the success mindset and unfold your greatest self.

But where do these beliefs come from? And more importantly, how can we get rid of them?

Well, a part of our limiting beliefs is formed in childhood. They are the result of negative experiences or the input of others who told us we weren’t good enough.

Another part is formed throughout our own affirmations during certain life experiences (yes, your self-talk.)

But just because they were formed in the past doesn’t mean they have to control our future.

Why? Because we can choose to change the way we think about ourselves.

Now, without further ado, allow us to give you our best tips for developing a success mindset.

Not everyone is dealt the same hand in life. Some are dealt a great hand while others… not so much.

But even if you were dealt a great hand, that doesn’t mean you’ll end up winning the game.

This is because we all do one thing… Sabotaging ourselves!

As we said, everything is subconscious and most of us live by programmed behaviors, that are often self-sabotaging actions that keep us further from achieving our goals.

Whether it’s procrastination, self-doubt, or negative thinking, these behaviors can prevent us from achieving our goals.

The first step to overcoming self-sabotage is to identify the patterns of our behavior.

Quite literally, the first and most important step towards developing the success mindset is to stay aware of your awareness and place it on your actions.

As you learned, we often develop patterns for the things we do every day, from the way we brush our teeth to the route we take to work, to more impactful actions that ultimately sabotage us.

But you also learned that it’s not just our physical habits that tend to be repetitive – our mental habits can be just as sabotaging.

The second important step on your journey to personal development is to identify your limiting beliefs.

What you have to do is the same thing, but on a mental level – simply, stay aware of the thoughts you’re having.

As we said, the first step is to identify your self-sabotaging behaviors, and limiting beliefs.

The truth is, they can slip by easily, due to the fact they are automatic and we don’t tend to analyze them.

However, the more you practice becoming aware of them and noticing them, the easier it gets.

Once that starts happening, you can sit on that behavior/thought and simply, reverse/change it, by making a conscious decision.

Think of the more productive thing to do, and take it as an alternative.

Limiting beliefs and self-sabotaging behaviors are the things that most often keep us away from doing the things we have to do, in order to reach our goals.

However, the most important thing is to tune your mindset to a level of thinking that dictates the following: There is AT LEAST one way to achieve your goal, whatever it may be.

In fact, this is the very thing that can counter any limiting belief that will stop you from taking further action on your goals.

Keep that in mind, and keep on taking massive action towards your best self!