How healthy do you have to eat? How much variety is necessary in your diet to be considered “healthy”?

Are you orthorexic if you avoid processed foods, or high calorie foods? Is it possible to overdo it with healthy eating?

These are questions that often come up when discussing orthorexia nervosa – an obsession with eating healthy foods.

While there certainly are benefits to healthy eating, like more energy and better overall health, it’s important to remember that there is a line between being health-conscious and being orthorexic.

So how do you know if you’ve crossed that line? Keep reading to find out! 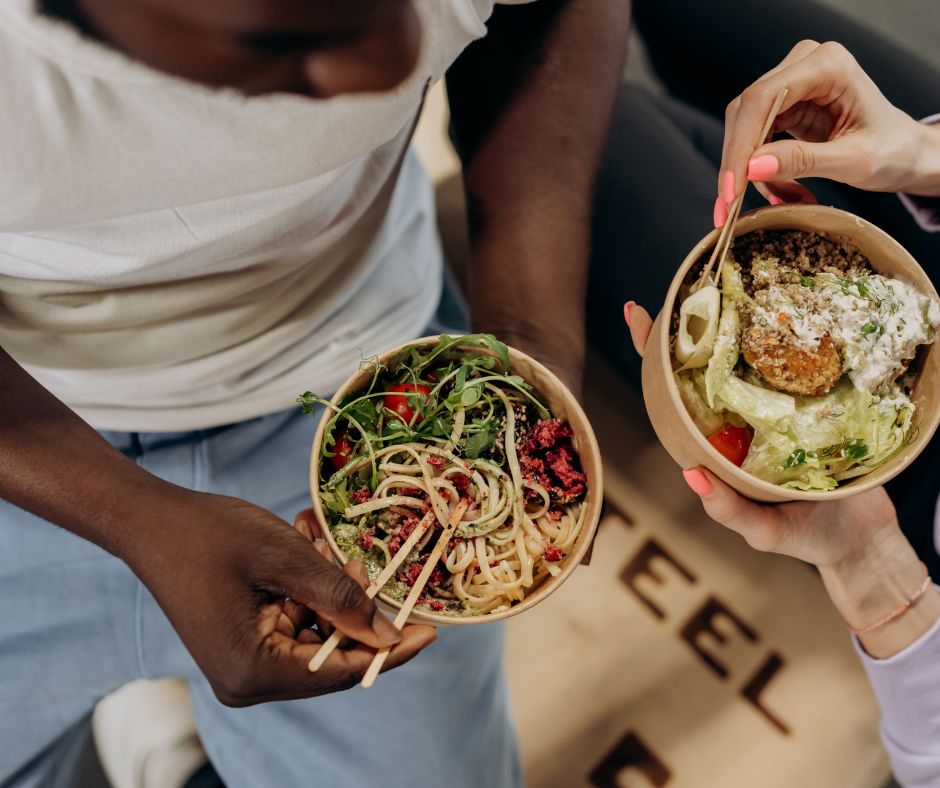 What Does ‘Healthy Eating’ Mean?

When it comes to eating healthy, there’s a lot of conflicting information out there.

Some people say that you should only eat certain foods, while others claim that all you need to do is get the right balance of nutrients.

So, what’s the truth? Well, it turns out that healthy eating is mostly about providing the body with the essential nutrients it needs.

However, that doesn’t mean that you have to give up all of the foods you enjoy.

In fact, part of eating healthily is finding a balance between the nutrient-rich foods that are good for you and the occasional treat.

Because after all, healthy nutrition isn’t about deprivation or denial.

By eating a variety of healthy foods and listening to your body, you can make sure that you’re getting the nutrients you need while still enjoying the foods you love.

We’ve all been there. You’re out with your friends, enjoying a night on the town, when someone suggests going to that new sushi place down the street.

You know you probably shouldn’t because you’re trying to cut back on carbs this month, but all your friends are going and peer pressure gets the best of you.

So you cave and order the giant boat of sushi for two, telling yourself you’ll just eat half of your part.

But one piece turns into two…and before you know it, you’ve polished off the entire thing. And what’s worse, now you feel guilty and like a total failure.

Sound familiar? Overeating or ‘binging’ is something we’re all guilty of from time to time.

But when does overeating become a problem? Well, when it starts to negatively impact our daily lives – when we start feeling guilty or anxious about food, when we start restricting our diets excessively or when we start purging after meals.

That’s when we need to be concerned about developing an eating disorder.

Eating disorders are serious mental illnesses that can have devastating consequences if left untreated.

They’re often characterized by an unhealthy relationship with food – either eating too much or too little.

And while anorexia and and bulimia are the most well-known eating disorders, there are actually a range of different disorders that can fall under the umbrella term of ‘eating disorder’.

One of these disorders is namely ‘orthorexia’ which is the topic for today’s article.

Let’s have a look at it, shall we?

Orthorexia, at its simplest, is an obsession with healthy eating. It might not sound like much on the surface (it may even sound like a ‘good’ disorder), but for sufferers, it can be a dangerous and all-consuming condition.

The term was first coined in the late 1990s by Dr. Steven Bratman, and since then, it has gained increasing traction in the scientific community.

While there is currently no official diagnosis for orthorexia, many experts believe that it should be classified as a disorder.

Sufferers of orthorexia often fixate on foods that they deem to be healthy, and they become increasingly restrictive in their diets.

While more research is needed to fully understand this condition, it is clear that orthorexia is a serious problem that deserves greater attention from the medical community.

A Healthy Relationship With Food

Nutrition. The word conjures up images of strict diets and relentless counting of calories. But again, healthy nutrition doesn’t have to be about deprivation and denial.

Instead, it’s about developing a healthy relationship with food. That means enjoying the foods you love, without guilt or shame.

It means being mindful of your eating habits and making choices that nourish your body and mind.

And it means giving yourself permission to indulge from time to time.

After all, life is too short to deprive yourself of the joys of a good meal, even if it’s not the best for your body.

Ultimately, you have to cultivate healthy eating patterns and habits, and pass them down!

So, where’s the line when it comes to healthy eating and orthorexia? It can be a tricky question to answer, but ultimately you need to find the balance that works for you.

Don’t allow yourself to go to extremes, but rather try to find the balance in nutrition that allows you to enjoy food and eat in a way that makes you feel good mentally and physically.