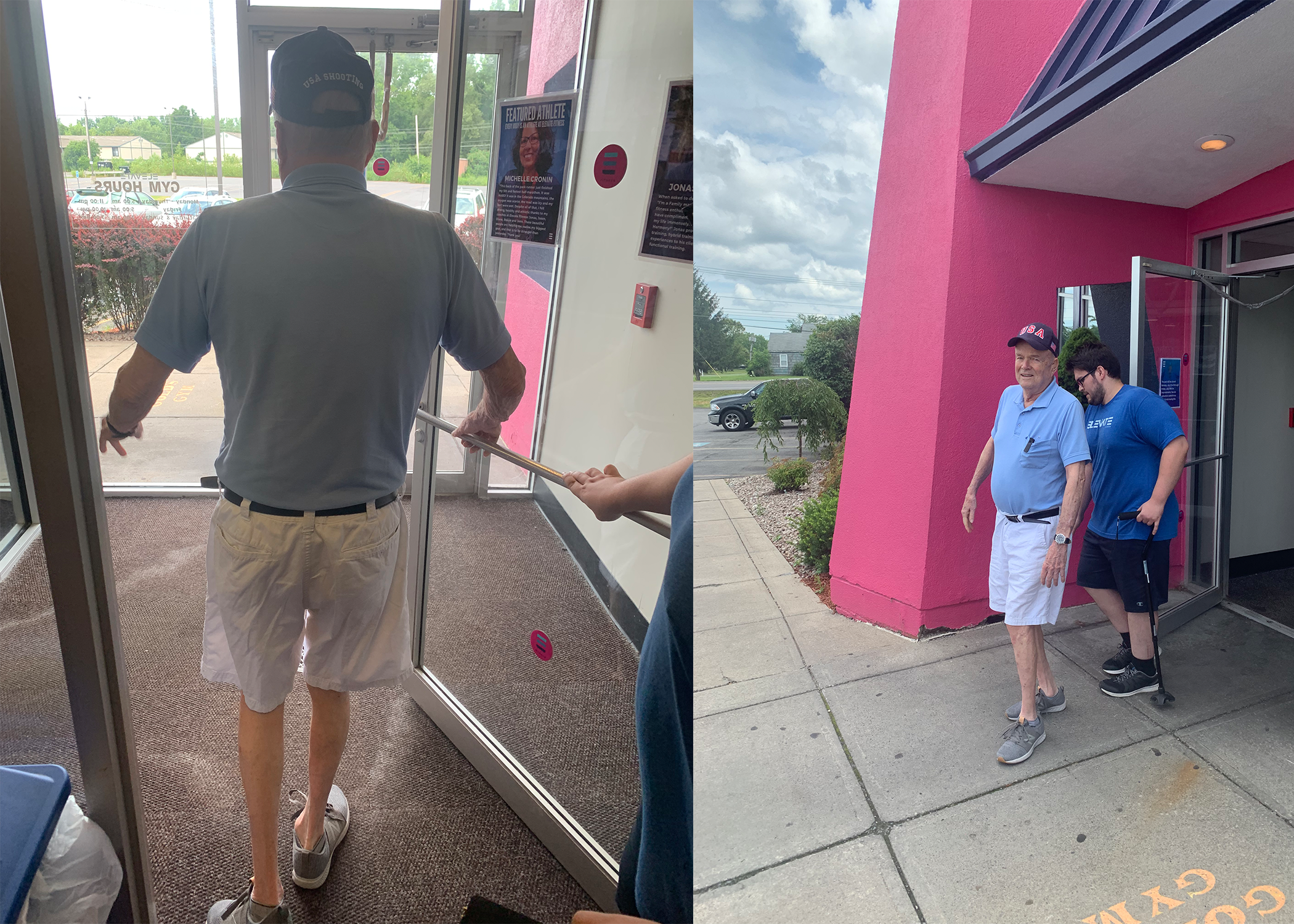 Elevate Fitness Liverpool member Paul initially started working with his personal trainer, Michael Meola but then training sessions were stalled when Michael had a freak accident during a workout breaking both his legs.

By the time Michael had recovered enough to return to work this past April, Paul had no motor control and couldn’t walk with the help of a walker and cane.

“Do you think it’s realistic for someone my age to be able to do this again?” Paul asked his trainer.

“Absolutely,” Michael replied, knowing first hand how to train the body to perform essential functions again after losing them.

Paul and Michael met twice a week for an hour doing a lot of corrective exercise drills and strength training on the machines.

After just a couple of months like this, Paul discarded the walker entirely and increased the intensity of his drills. “You’re wearing me out” he’d always say while continuing to put in the hard work and effort.

But it paid off and just last week he took his first walk without the walker or the cane. He described the moment as being overcome with emotion because back in April he didn’t think he was ever going to walk on his own again. He walked from the pool to the front door of Elevate Fitness all on his own.

It was a touching moment for all who were lucky enough to witness it. Touching, but not surprising. After all, if anyone knows how to learn to walk again its the trainer who broke both his legs.

Want to try a complimentary session with an Elevate Fitness Personal Trainer? (Some restrictions apply.)