I Trained With a Medieval Weapon and Loved It 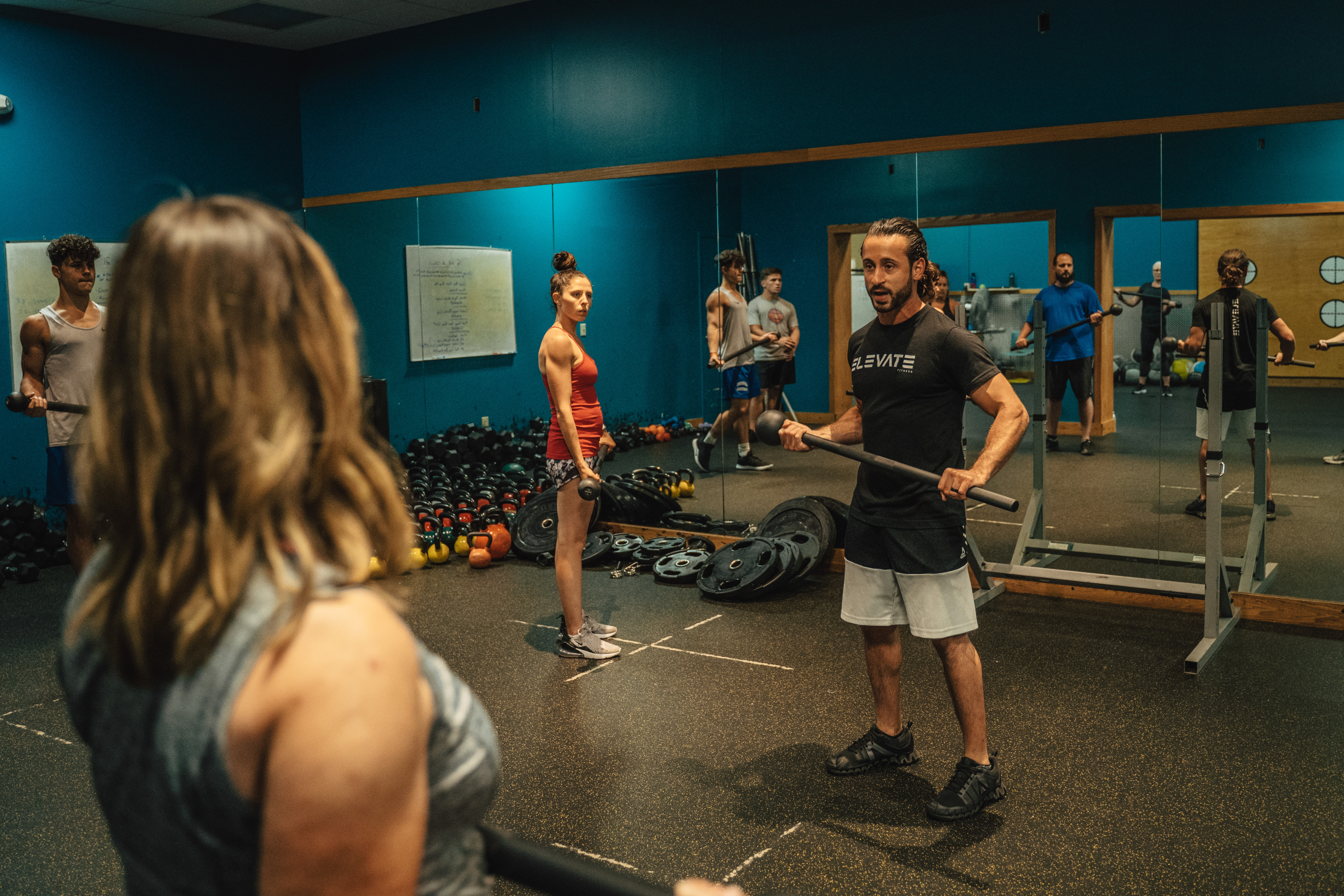 Personal Trainer Jeff Nappa had been working out in our Dewitt location using this steel-club with a steel ball at the end of it (I’d later learn this was called a mace) doing all sorts of bad-ass looking exercises for a couple of months before I really took notice.

Then he announced his The Art of Steel classes, and my interest was piqued. Using a steel mace (yes, as in the ancient battle weapon) he was teaching full-body workouts that participants were raving about. The first session of his four-week program sold out. Then he announced his second session.

At $40 for the four-weeks with equipment provided PLUS access to a members-only Facebook group that offers full workouts and additional online coaching, this program was cheaper than taking a class a local studio – so I figured, people love it and the price is right, why not give it a whirl?

Full disclosure: if it wasn’t for Elevate Fitness Dewitt General Manager Rachael encouraging me to join her in the Wednesday morning group – I probably wouldn’t have tried it out. Thank goodness she encouraged me because I LOVED IT. But let me start at the beginning …

Watching Jeff train with the mace can be totally overwhelming as this video proves:

But the reality is that Jeff is an amazing athlete and an even more amazing coach and he can scale the workout with the mace for all participants and fitness levels. And somehow, even when scaling the workout so a runner who admittedly avoids strength training (yes, I’m talking about me) he can still make the participant feel like an accomplished badass.

I arrived a couple of minutes before the start of the workout and Jeff got me set up with a ten-pound mace and reviewed some basics with me that I’d missed the week before (I was starting a week behind my new mace tribe) and left me to practice.

When the workout began we did some dynamic warmup movements before picking up the mace and then we started layering individual movements into complex exercises. Now, when I say complex I mean we were working A LOT of body parts all at once, the way Jeff taught the movements they were anything but complex when it comes to difficulty.

I found myself moving naturally with the mace and was much more comfortable with the exercises than I’d anticipated being.

As the workout progressed, it became more challenging as the workload increased and the rest time decreased, culminating in a 15 minutes AMRAP (as many reps as possible) section of 4 repeating compound exercises that we simply moved through and repeated until our 15 minutes were up.

Using the mace was easier than I anticipated. The workout was challenging and fun, and I left feeling empowered and energized. The group was fun and there were smiles and laughs to go around. I will absolutely be returning to The Art of Steel and see this becoming the focus of my strength training.

Want to try out The Art of Steel for yourself?