Motivating Yourself with Music 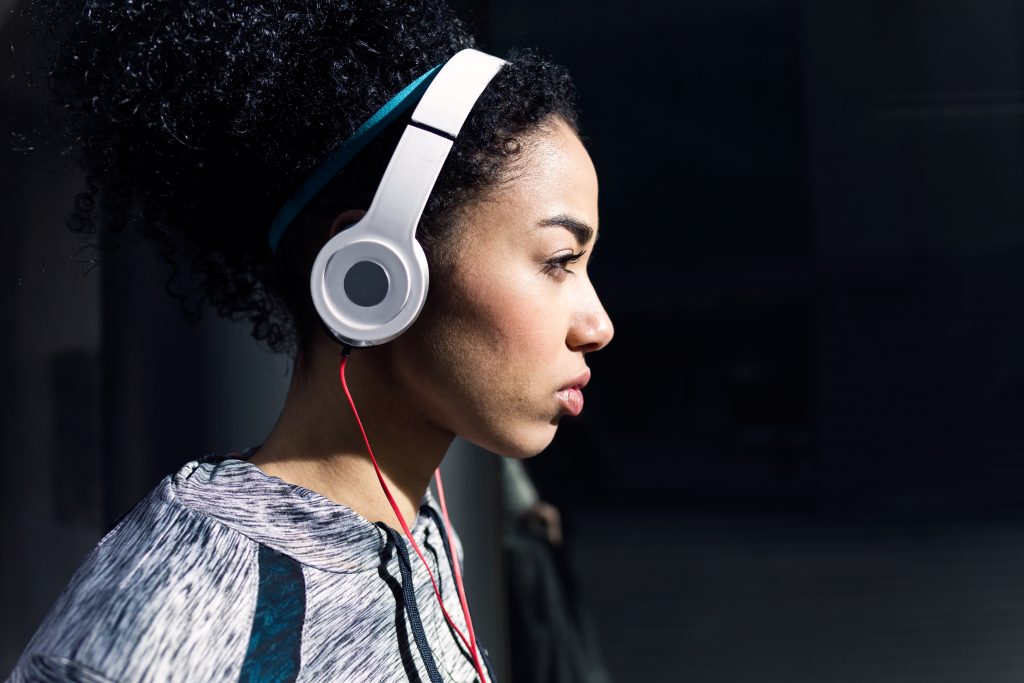 There are a number of things we can do to get ourselves pumped up to have a great workout, but possibly the most effective of those things is the music. Is it possible to hear the theme from Rocky without pushing yourself a little harder? When the beat drives forward isn’t it hard not to pick up your pace to match it?

Music is a powerful motivator both inside and outside the gym. Finding great music to help you get the most out of your workout can get tiring, and often times we find ourselves listening to the same songs or playlists over time. Changing up your tunes can help you blast through a plateau or set new personal records.

Different types of music are great for different types of workouts. Rock and Hip Hop are great genres for strength training and weight lifting. Dance and House music are great for cardio workouts. We asked certified Spinning Instructor Jason Jaquays-Tarbox what he’s been playing in his Spinning Workouts since Spinning focuses on both high-intensity cardio (speed and sprint work) and strength building (high resistance climbs and jumps). He shared six playlists with us with everything from warmup and cool down tracks to sprint tracks and slow climbs.

This playlist is a balance of sprints, seated and standing climbs and some jumps. It starts off with an extended instrumental warmup and ends with an easy cool down with Bradley Cooper and Lady Gaga.

Exhibit 13 by Blue Man Group
Take me to Church by Hozier
Dance, Dance by Fall Out Boy
Pumped up Kicks by Foster the People
Zombie by The Cranberries
Rise Up by Andra Day
The Edge of Glory by Lady Gaga
Don’t Stop the Music by Rhianna
Waving Through a Window (dance mix) by Ben Platt
Too Good at Goodbyes (dance mix) by Sam Smith
It’s Not Right But It’s Okay by Whitney Houston
Shallow from A Star is Born

This next playlist is another mix of tracks meant to switch it up between speed work and strength work to keep the body moving and working at different intervals throughout the ride.

Pandora by Arno Elias (warmup)
Barrel of a Gun by Guster
Shallow Remix by Bradley Cooper and Lady Gaga
What’s Up Remix by 4 Non Blondes
Fallin’ Remix by Alicia Keys
Hit Me With Your Best Shot/One Way or Another from the Glee Soundtrack
Rolling in the Deep cover by Go Radio
Bring Me to Life by Evanescence
Violet Stars Happy Hunting by Janelle Monae
Sweet Caroline Remix by Neil Diamond
Reach (Higher Remix) by Gloria Estefan
White Rabbit Remix by Dr. Drone
Wicked Game by Gnus Cello (cool down)
Chasing Cars by Gnus Cello (stretch)

This next playlist was designed to be HIIT work (high intensity intervals) to build the heart rate up to the 90-100% zone and then recover to 60-70% and then work back up and repeat. This is great for fat loss and putting the body into an extended fat burning period.

Best Day of My Life (instrumental version) by Backtracks Band (warm up)
Shooting Stars by Bag Raiders
Wake Me Up (workout mix) from Power Music Workout
Crazy Crazy for You by Rumor Willis and the cast of Empire
Beautiful Heartbeat (Avicii Remix) by Morten
Mic Drop feat. Desiigner by BTS
Only Happy When it Rains by Garbage
Beats Knockin’ feat. Fly Boi Keno by Skrillex & Diplo
Jump by Rihanna
American Woman by Lenny Kravitz
Somebody Told Me (workout remix) from Power Music Workout
Let’s Get Loud by Jennifer Lopez
Creep (Maelseom Remix) by Make it Rain & Harley Huke
Landslide (cool down) by Dagny
Perfect (stretch) by Gnus Cello

The next two playlists are about progressive building of both speed and strength. They start with a solid warm up followed by speed work (slowly building to sprints) and strength work (building resistance from seated climbs through jumps and into standing climbs).

Children (warm up) by Robert Miles
Basket Case (base speed) by Bastille
Love Runs Out by One Republic
September by Anden
My Shot from The Hamilton Mixtape featuring Busta Rhymes
The Heat (I Wanna Dance With Somebody) by Ralph Felix & SDJM
Losing My Religion remix by Unified Highway
Dance, Dance by Fall Out Boy
Chandelier by Sia
Beats Knockin’ by Skrillex & Diplo
In The End by Linkin Park
Barracuda by Heart
Wolves by Selena Gomez & Marshmellow
Shallow (workout remix) by Power Music Workout
Wicked Game (cool down) by Gnus Cello
Chasing Cars (stretch) by Gnus Cello

Exhibit 13 by Blue Man Group
Counting Stars by One Republic
Hey Brother by Avicii
Coming Home by Sheppard
Havana (remix) by Camila Cabello & Daddy Yankee
4 Minutes by Madonna feat. Justin Timberlake
Uninvited by Alanis Morissette
Hey There Delilah cover by Manuel Costa
Jolene by Straight No Chaser feat. Dolly Parton
Work by Frankie and the Witch Fingers
How Deep is Your Love by Calvin Harris & Disciples
This is Me by Keala Settle & The Greatest Showman Cast
Have You Ever Seen the Rain by A-Sides Club
Skyfall cover by Brynn Cartelli

This final playlist, like the last two, is about progressive workload increase but this time builds strength first and then speed.

Codex Destiny by Frank Borell
Take Me to Church by Straight No Chaser
We Are Young by Fun. feat. Janelle Monae
Toxic by Rumor Willis
Need You Now the Jason Nevins Remix by Lady Antebellum
Gotta Get Thru This by Daniel Beddingfield
Rise Up Tabata Remix at 128 BMP from Power Music Workout
Hella Good by No Doubt
All I Do Is Win (workout remix) from Power Music Workout
Crazy in Love by Beyonce
Poker Face by Lady Gaga
Swing, Swing by All American Rejects
Rewrite the Stars (cool down) by Zac Efron & Zedaya
Electra (stretch) by Airstream