For the most part, in the gym, we see two types of trainees – Those that jump from exercise to exercise with little to no rest and those that really go all-out, rest for a solid 3-5 minutes, and go at it again full-speed.

But is there something inherently better about one of these approaches? And are supersets the better option?

The fitness world seems to be full of differing opinions on the matter, with some swearing by supersets and others maintaining that normal sets are the only way to go.

So what’s the truth? Let’s take a closer look! 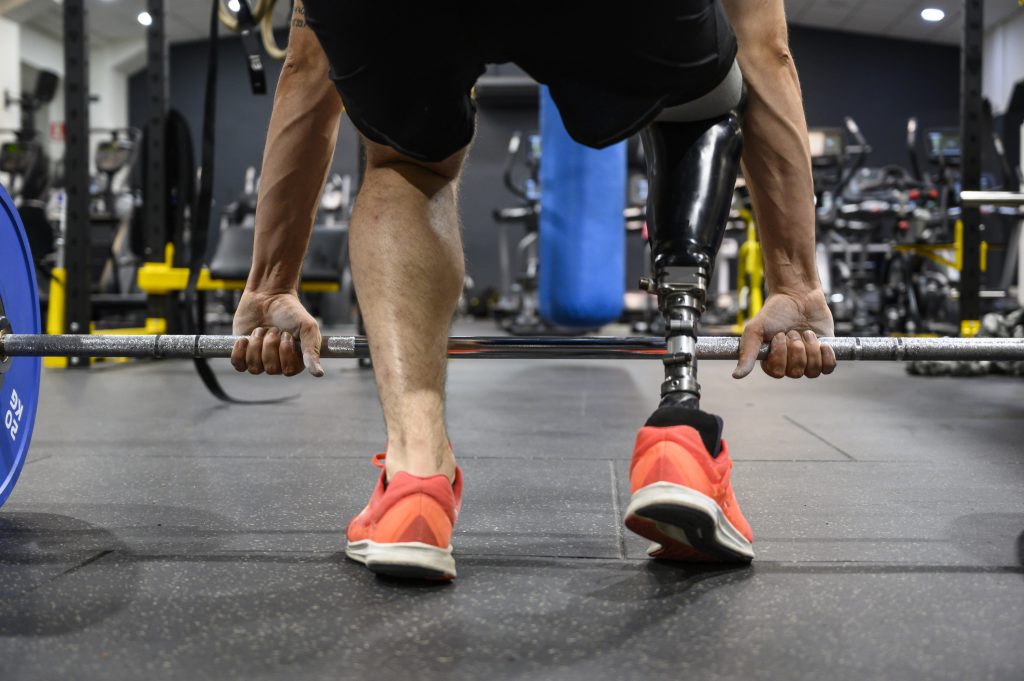 What Are Normal Sets?

A ‘normal training set’ refers to the execution of an exercise in one set of an X number of repetitions.

These sets usually last 10-20 seconds and are taken close to failure at a weight that is near your maximum strength capabilities.

Usually, these sets render the trainee unable to continue the same or a similar exercise for the targeted muscle groups.

What this means is that the trainee must then rest for 3-5 minutes before diving into another heavy set.

In summary, a normal set is a set taken close to failure, followed by a 3-5 minute rest before the next set.

The superset is a technique employed in gym training to target specific muscle groups.

The classic supersets involve two exercises performed consecutively without rest, with the second exercise targeting the opposite muscle group to the first.

Besides classical supersets, a set of two or more exercises can be done for the same muscle group, or different muscle groups that are not opposite to one another (I.e thighs & abs)

Whatever the choice may be, as a technique, the superset allows you to work more muscles in less time and can be used to shorten the duration of your workout.

Which One Is Better?

Now that we have some basic definitions out of the way, the logical question remains – Which one is better?

And well, the answer is… It depends! Let’s review the pros and cons of each approach

From the perspective of realizing a greater stimulus for the exercised muscle groups, normal sets are superior.

This is simply because high-intensity (heavy) sets are strenuous for the nervous system and the muscles, and normal sets allow you to take a good rest, before going to the next set.

In other words, supersets may rob you of some training volume, in the long run, which will be suboptimal for the goals of gaining mass and getting stronger.

Another great advantage of normal sets is that they allow you to simply focus on one muscle group, before moving on to the next one.

In terms of long-term progress and consistency, normal sets are always the better option.

However, with the lengthy rest-times between each set, you may find yourself spending hours and hours at the gym.

Think of it this way – If you do all normal sets and have 15 sets total in your workout, you will rest about 30-40 minutes total during your workout!

Perhaps one of the biggest advantages of supersets is that they truly shorten the length of a workout.

Because they are strenuous however, it is recommended that you take the same rest between supersets, as you would between normal sets.

Another great advantage of supersets, is that they simply give the best pumps, especially when classical supersets are done for opposing muscle groups.

After all, many of us recognize the feeling of a full-blown arm or chest/back pump, right?

From what we mentioned about normal sets, you can probably guess the biggest disadvantage of supersets – They rob you of mechanical load/volume in the long term, simply because they are more strenuous on the nervous systems.

Besides that, if they are not paired, chosen or incorporated well, you may risk injury.

That is to say you should not entirely base your training on supersets, but rather use them periodically.

So, which is better for you- normal sets or supersets? The answer is that it depends. Supersets can definitely be more time efficient, but they also require a bit more of your energy and mental focus.

What this means is that they may lead to diminished performance quicker.

And so, if you’re looking to increase your strength and muscle mass consistently through time, supersets may not be the way to go.

Ultimately, it’s up to you to experiment with both methods and see what gives you the best results.

Not a member of Elevate Fitness yet?