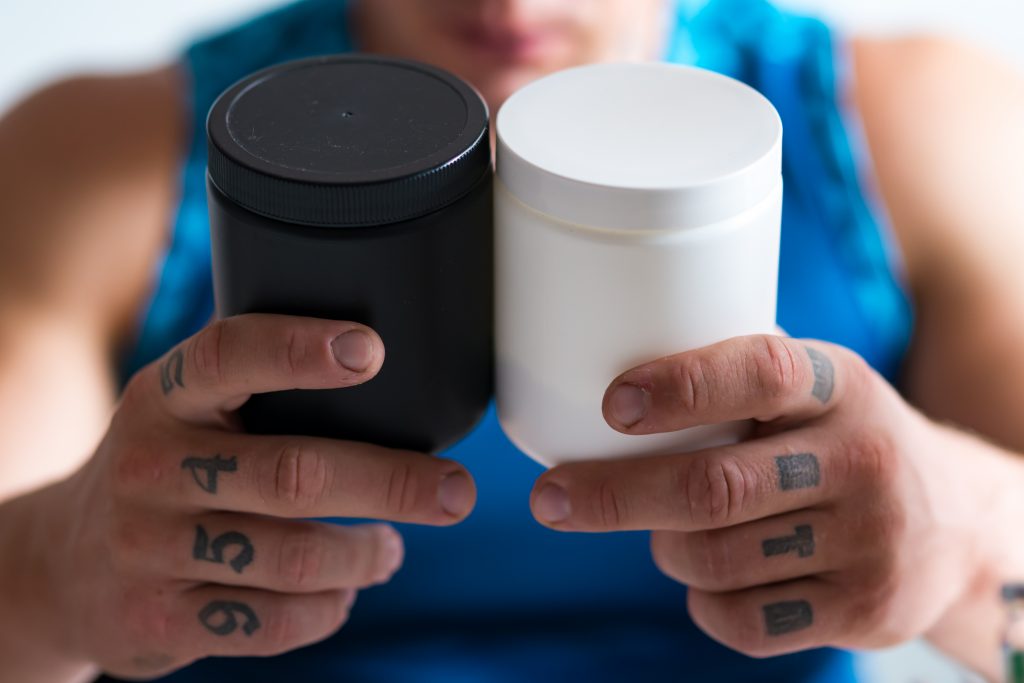 “What are the supplements I can take to boost my performance in the gym?”

This is a question we get asked a lot, and for a good reason – There are plenty of supplements on the market dubbed as ‘the next best’ performance boosters.

But how many of them live up to the hype, and what is actually effective in the context of better performance?

Well, truth be told, first and foremost, you should pay attention to how you eat, which we talked about in part 1 of this article series.

To find out the best possible performance boosters available in the supplement world, we have to first understand more about how energy is used during a workout.

Long story short, there is one main source of biological energy, used for practically every process in the body, and especially during workouts.

During intense activity, ATP gets depleted quite quickly, so when that happens, the body looks for means of regenerating that to continue the activity.

To do so, there are a couple of options:

This brings us to two conclusions here.

For one, the advice from part 1 of this article series to eat your carbohydrates is ever so relevant!

Secondly, one of the best performance-boosting supplements is… Creatine!

“Okay, the body uses creatine to regenerate ATP and sustain performance, so does that mean I have to use creatine in order for my body to have something to use?”

This is another question we get asked a lot, and the answer is quite simple here.

Though not very well-known, creatine isn’t just a supplement.

In fact, creatine is naturally synthesized by the body because it is the secondary energy source used during intense workouts.

Essentially, what happens is this: The body burns through ATP stores in about 3-5 seconds, then through the creatine in about 5 seconds more, and then it starts tapping into muscle glycogen (stored carbs.)

Now, because of these pathways and the ways our bodies fuel training activity, we can tap exactly into those processes and give them more fuel!

When it comes to improving strength and strength endurance, creatine has been proven to be the most effective supplement, times and again.

It comes in many forms, but the most researched and effective form of creatine is namely “creatine monohydrate.”

As a supplement, creatine will help you saturate your creatine reserves, thereby granting sustained energy and improved performance during heavy workouts.

Generally speaking, it is accepted that creatine should be taken at doses of 20g/day during the first week, followed by 5g/day afterward.

However, that 20g/day period, called ‘the loading phase,’ isn’t really necessary, but it can speed up the saturation of your creatine reserves.

Okay, you just learned that one of the ways to boost your performance is by fueling the metabolic processes happening behind the scenes of your workout.

The second option is to supplement something that directly impacts the activity of your nervous system.

That is, you guessed it…

Caffeine is the most heavily consumed psychoactive drug in the world.

It is found naturally in coffee beans, tea leaves, maté, and cocoa pods.

Caffeine stimulates your central nervous system (CNS), increasing alertness and producing a variety of other effects that can highly improve athletic performance.

In addition, it suppresses adenosine production, which would otherwise cause drowsiness.

What caffeine does is it blocks adenosine’s actions on receptors inside your brain cells.

As a result, you have more energy for physical activities without the usual side effect of drowsiness.

Now, because caffeine is another proven and well-researched energizer, it is used in a variety of performance-boosting supplements and products outside of the fitness world.

You can find caffeine in pre-workout supplements, coca-cola, Redbull, or any other ‘energy drink’ for that matter.

However, because there isn’t concrete evidence on the long-term effects of pre-workout supplements, we’d recommend resorting to either isolated caffeine supplements or simply a cup of coffee!

Remember, though, caffeine must be consumed in moderation and should be avoided anywhere close to bedtime because, after consumption, it stays in the bloodstream for quite some time!

If or when you decide to use caffeine, use it no later than 6 hours before bedtime and only on days when you need that extra helping hand!

Don’t condition your body to it.

In the ‘easy solutions’ fitness industry, many companies have led people to believe that they have to purchase the ‘next-best’ performance-enhancing supplement.

However, as you may have learned by now, most of your performance will result from good food and good recovery.

Once you have those down, though, there is nothing bad about gaining an extra boost in performance by utilizing the fantastic benefits of the two best-researched performance supplements – Creatine & Caffeine!