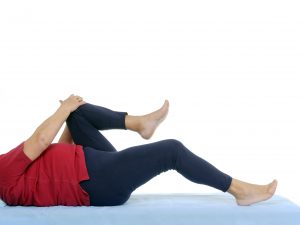 As a personal trainer one of the first things I do when I have a new client, or I’m performing an assessment, is I simply have them bend over and pick something up off the floor. Majority of the time something is out of whack.
But before we go any further, we need to know what exactly it means to “hip hinge”. A hip hinge, in general, is any flexion or extension originating from the hips.

The hip hinge is one of the 7 movement patterns we need to master, along with the squat, lunge, twist, push, pull, and gait. Once we master the hinge we become more efficient at picking things up off the floor, as well as certain exercises such as the deadlift, bent-over rows, and initiating the squat. In fact, often times when people squat, they aren’t performing it correctly. They’re loading into their knees rather than letting the hips guide the movement. I’ve solved a lot of knee problems by fixing up how people initiate their squat. While the squat and hinge are different patterns- the hip hinge being more hips back, and the squat more hip down while being knee dominant, we still want to start from loading the hips, THEN we sit down. This is no quick fix, but it can be one mark off the checklist of potential issues.

Another benefit of this movement pattern is its role in injury prevention. I’m sure we’ve all heard from someone, or dealt with it ourselves, where we go to pick up something heavy and we throw our backs out. Learning how to perform this movement is key in learning, and maintaining a neutral spine – another common problem I see with clients, and the general public where they either fall into massive flexion or they overextend the spine.

How many times have you heard this, “Use your legs, not your back!” While this is true, people take this to the extreme and start to squat down to pick up something, further blurring the lines between a squat and a hinge. By learning how to hinge we learn how to move from the waist, not bending the back, further perfecting this movement pattern.
Hip hinge properly while learning movements such as the deadlift, Romanian deadlift, barbell rows, glute bridges, and hip thrusts and we strengthen our hamstrings, glutes, and low back which are commonly neglected areas.
So, whether you’re an athlete, a weekend warrior, someone who loads trucks for a living, or that grandma/grandpa who wants to pick up their grandkid, EVERYONE can benefit from mastering the hip hinge.
Get those hips moving!!