Some people enjoy a quiet, relaxed Sunday afternoon – drinking hot tea while snuggled in their favorite blanket and reading a book – a dream come true for most.

Others, however, can’t wait for the weekend for a different reason – it’s their chance to finally do something exciting.

Jump with a parachute, swim with sharks, take a walk on the edge of the roof – activities like that make these people feel right at home.

We’re talking about adrenaline junkies of course, and, oh boy, do they have some exciting times.

Here we explain more about how this mindset works. 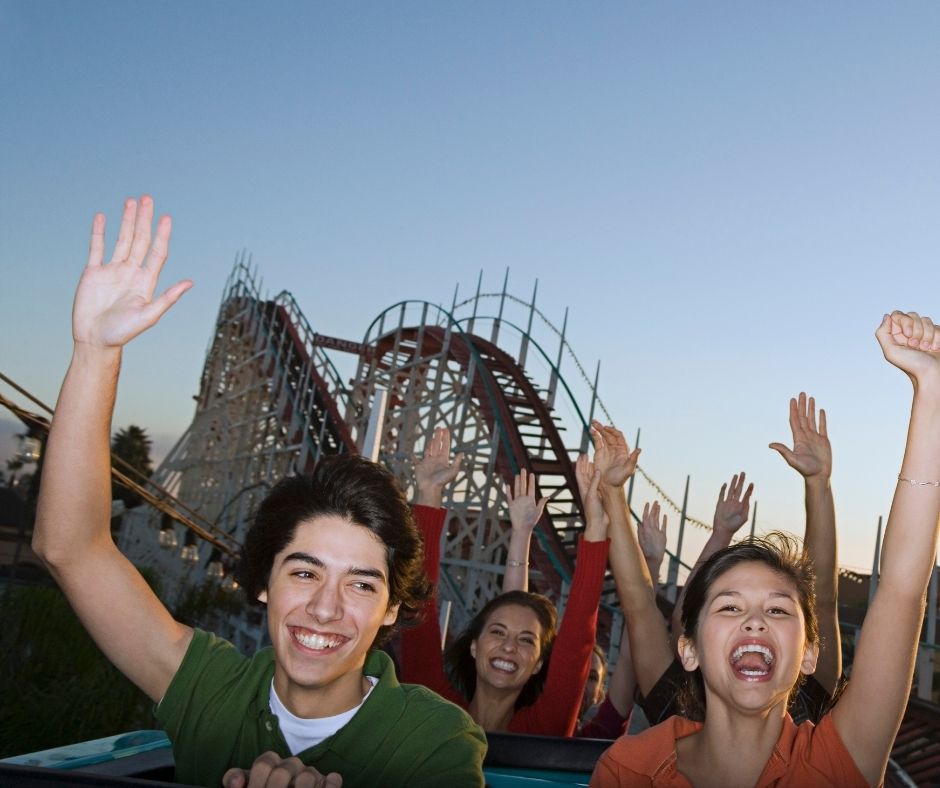 What Is Happening In The Brain?

When we experience something exciting or scary, our brain releases the hormone epinephrine.

This is the substance responsible for our fight-or-flight response which in turn triggers multiple reactions in our body.

The air passages in our bodies dilate which allows our muscles to receive higher levels of oxygen.

Respectively, our blood vessels contract, allowing for the redirection of blood flow to the heart and lungs, which in turn increases our heart rate.

All of this leads to the body feeling alert, sensitive, and excited.

Another chemical the brain releases is norepinephrine.

It’s responsible for the feeling of euphoria and happiness, and some studies suggest it can be addictive.

This is considered to be the leading cause why most people start searching for extreme activities the more they come across them.

With these two substances explained, let’s talk about the namesake chemical – adrenaline.

This chemical is produced in the adrenal glands, which sit just above the kidneys.

It can be released mere seconds after the brain sends out the command, which is why we have the term “adrenaline rush.”

What this substance does, that’s different from epinephrine and norepinephrine, is that it decreases our sensitivity to pain but increases our physical output.

It also makes us more focused and certain of our decisions about the cause of the boost.

To put it simply, the chemicals our brain releases when recognizing a dangerous situation are the reason why we feel so alert and excited, which in turn makes us seek more similar situations.

This popular term was first used in the movie “Point Break,” however, these people existed far before that.

When we say “adrenaline junkie,” we are generally referring to everyone who enjoys high-risk activities for the rush it brings them and actively searches for them.

Although they are not classified as having any sort of addiction, those who experience adrenaline boosts on a regular basis (such as rock climbers, for example) have been seen to show some “withdrawal” behavior when they stopped climbing for a period of time.

Surprisingly, many psychologists say that you don’t need to be a skydiver or a bungee jumper to seek the adrenaline rush.

According to studies, people who live absolutely regular lives sometimes subconsciously change things in them in order to feel more excited.

These shifts can include anything from how they approach deadlines to the people they surround themselves with, and they can be done with or without conscious intent.

It turns out that almost all of us enjoy the changes that come with an adrenaline rush from time to time.

Some people just have a higher threshold.

So if people who don’t engage in dangerous behavior can still be adrenaline junkies, how do we know who is and who isn’t?

Studies suggest that there are personality traits common for thrill-seekers, regardless of their active or inactive behavior.

If someone is impulsive, creative, and curious, if they don’t mind change and enjoy novelty and complexity – chances are they would also be more adventurous than those who do not.

Of course, the gravity of these emotions should be taken into consideration, seeing as it will most likely be the changing factor between people who are active thrill-seekers and those who aren’t.

Generally speaking, however, these personality traits can be found in everyone who enjoys the rush adrenaline gives.

Okay, so excitement seeking turns out to be a bit of a gray area.

Although there are some activities that objectively show your desire for adrenaline, they are not the only way you can get a boost of this chemical.

The one thing that is true for both types of excitement seekers is that they enjoy change and complexity and would be okay to go into uncharted territories.

There are those who actively seek out specific situations and take part in stimulating activities, but it’s also possible to find excitement just by slightly changing your regular environment.